The 10 Main Health Issues of Retirees 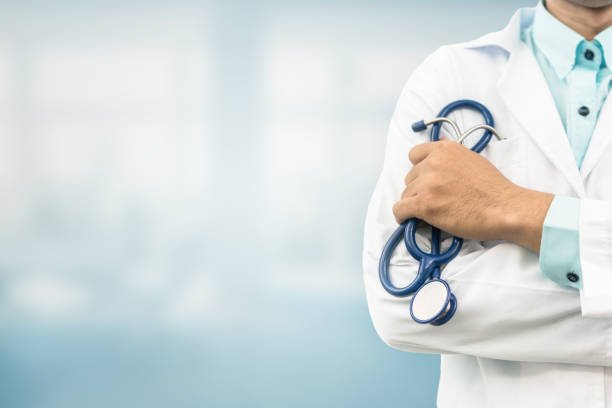 The global population is expected to grow to around 9.7 billion by 2050, when the number of older persons will have doubled to over 1.5 billion, ie just over 15% of the total population in 2050.

Aging can bring on various health issues to a degree not experienced by younger folk.

Once you are in your 60s, a common cold or a flu can give rise to more severe medical conditions. These include respiratory illnesses such as pneumonia, bronchitis, sinus or ear infections.

If you already have a chronic disease such as diabetes or asthma, a respiratory illness can make things a lot worse.

Here’s a brief overview of the most common health challenges faced by retirees:

The term chronic refers to a disease or illness that persists for a long time or is constantly recurring. It does not indicate the severity of the disease.

The leading causes of death among retirees in the USA are chronic diseases such as heart disease, stroke, lower respiratory diseases, cancer, Alzheimer’s, obesity and diabetes.

According to the National Council of Aging in the USA, 80% of older adults have at least one chronic condition and 70% have two or more. The figures for other advanced countries such as those in the European Union, Canada, the UK etc are similar.

This causes them to lose their independence and become reliant on long-term services and supports such as caregivers in their own home.

Eventually they end up having to enter entering a nursing (retirement) home or skilled nursing facility staffed by trained nurses and carers who are experienced in looking after the elderly.

The best way to prevent or manage chronic diseases is to:

Falls are a leading cause of fatal and non-fatal physical injury among retirees. Having a fall can cause hip fractures, head traumas and even death.

Every 15 seconds, a retiree is admitted to a hospital emergency department for a fall. A retiree dies from a fall every 30 seconds.

These are sobering statistics… indeed retirees are hospitalised for injuries relating to falls five times more than for injuries due to other causes.

There are several reasons why retirees are more prone to falls than younger folk:

Fear of falling can cause retirees to limit their activities which can result in more physical decline and thus more falls as well as social isolation and depression.

In many cases, you tendency to have more falls as you grow older can be reversed by increasing your physical activity to strengthen your body and by making some practical modifications to your home.

Cognition is the mental action or process of acquiring knowledge and understanding through thought, experience, and the senses. Cognitive health refers to your ability to think, learn and remember.

Dementia is a general term for loss of memory, language, problem-solving and other thinking abilities that are severe enough to interfere with daily life.

There are several types of dementia. Alzheimer’s disease is the most common form of dementia.

Currently (2020) about 50 million people have dementia. By 2050 this is expected to have tripled in size.

Your risk of developing dementia is increased if you suffer from chronic diseases, such as diabetes, hypertension, depression, HIV, etc. Your risk is exacerbated if you smoke or engage in substance abuse.

Currently there is no cure for dementia. But you can manage the disease by using a treatment plan based on the type of dementia you have and prescribed medications.

You can also pause the decline of you cognitive health by doing crosswords and other mental exercises, and by learning a new skill.

At 74, I am learning digital marketing and the effort has certainly improved by thinking skills. I now understand quicker and remember better.

Problems with our eyes and ears are extremely common after the age of 70.

It seems that 25% of retirees have a hearing problem and 17% have a problem with their sight. Both these problems can be solved easily with hearing aids and prescription spectacles.

The assessment of these conditions and their related solutions are improving rapidly due to the ongoing development of new technologies.

The most common problems we have with our teeth and gums are dry mouth, gum disease, untreated tooth decay and cancer of the mouth.

About 25% of adults over the age of 65 no longer have any of their natural teeth. Of those with at least some of their own teeth, about 20% have untreated tooth decay and over 70% have gum disease.

Poor oral health can have a negative impact on your diet (as you avoid eating nutritious foods that are to chew) and can generate low self-esteem.

Oral problems can also adversely affect the management of any other chronic health conditions you have.

The good news is that poor oral health can be managed by having visiting your dentist regularly.

The sad news is that dental services are not cheap and are not affordable if you are on a measly pension.

One in four (25%) of retirees experience behavioural health problems, such as substance abuse, while 15% of adults over the age of 60 suffer from a mental disorder, such as depression or chronic anxiety.

Problems such as depression, anxiety, and substance abuse can adversely affect the treatment of other chronic medical conditions, reducing your quality of life and leading to premature death.

Depression… affects 7% of retirees, though it is often undiagnosed and untreated. It can be a side-effect of other chronic health conditions.

Managing these conditions can help alleviate depression, as can living a healthy, active lifestyle and being supported by family and friends or other social support groups.

Suicide… in the USA retirees account for over 18% of all deaths by suicide. Persons over the age of 85 are four times more likely to commit suicide than the rate for all ages combined.

Substance abuse… such as drinking excessive alcohol, accounts for a significant number of deaths among retirees.

Behavioural health problems are not a normal part of aging. They can be treated effectively.

Despite this, two-thirds of retirees in the developed world are not receiving the care they need.

Abuse of alcohol or recreational drugs is more common among those over 65 than previously realised.

But, because substance abuse is not associated with the elderly, it’s often overlooked and missed during medical examinations.

In addition, retirees are often prescribed multiple scripts for long-term use and so have plenty of drugs at hand.

Doctors need to look for signs of substance abuse when doing medical check-ups on their patients.

If you do tend to abuse substances, there are plenty of support services that help people of all ages to kick their bad habits.

If you are malnourished, your muscles and immune system are likely to be getting weaker.

There are a variety of reasons why retirees can be malnourished and these are mainly due to other health problems. For example, retirees with dementia may forget to eat.

If you are on a measly pension, you probably cannot afford to eat a highly nutritious diet. Other causes of malnutrition include depression, alcoholism, and having few social contacts.

You can improve the nutritional quality of the food you eat by increasing your consumption of fruit and vegetables, and by lowering your intake of salt and saturated fat.

If you cannot afford to eat properly or are having difficulties cooking, you can avail of food services t

These conditions are both common with aging and can have an impact on the quality of your life as a retiree.

Being constantly constipated or not being able to control your bladder can be due to several causes… normal age-related changes… a chronic disease (such as diabetes), and… not eating a well-balanced nutritious diet.

If you suffer from incontinence and constipation, you should eat a nutritious diet, exercise regularly and keep your weight down.

In addition, you should swallow your embarrassment and discuss the matter with your doctor and follow his or her advice.

In fact, depending on the cause of your bladder and bowel problem, some effective medical treatments are available.

Though sexual needs and ability may change as you grow old, desire does not disappear, as I am sure you know already.

There are drugs such as Cialis (my favourite) that can help you overcome sexual disfunction.

STDs threaten retirees just as much as younger persons.

Perhaps we are more likely to become infected as we are less likely to use condoms which, combined with our weakened immune system, makes us more susceptible to contacting a serious STD.

The solution is simple… use a condom.