For the Goodness of a Tater – 9 Potato Myths Busted! 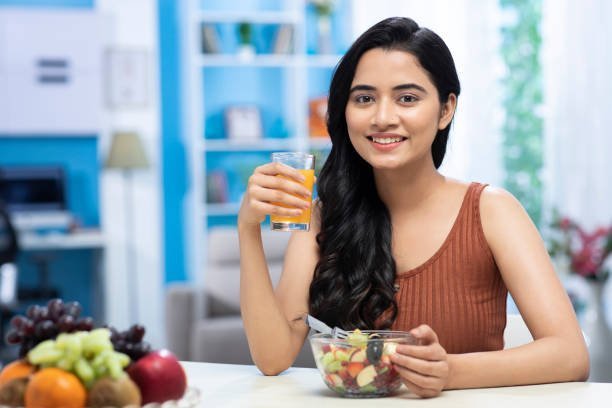 If I had a penny for every time someone told me to “beware of the potato”, I’d be a rich woman by now. The legendary tuber has long been a victim of misunderstanding. Since the late 1500’s up until today the potato has been condemned for a variety of reasons. In 1580, noted explorer Sir Walter Raleigh brought back some potato plants from the Americas to Ireland and gifted some to Queen Elizabeth I. Unfortunately, the Queen’s palace cooks were not very well versed with the funny-looking tuber and instead of cooking the potatoes, they boiled the stems and leaves before presenting it to the court at mealtime. For those of you who are ignorant of the potato plant’s more sinister characteristics, it contains toxic compounds called glycoalkaloids, majority of which are concentrated in the leaves and stems of the plant. As such, all those who consumed the boiled preparation, fell deathly ill and consequently, potatoes were banned from the Queen’s court.

Following this, malicious rumors seemed to follow the unfortunate tuber to whichever part of the world it was introduced. In France, for instance, the potato was attributed with near demonic status and accused of causing vile diseases ranging from leprosy to syphilis as well as being responsible for sterility and unhindered sexuality alike. The potato became so infamous gradually, that in a certain French town, an announcement was made to the effect that the potato being detrimental to human, animal and soil health, its cultivation be stopped immediately.

Modern times have found other reasons to malign the benevolent vegetable. Even though the potato is one of the foods people delight in most nowadays, a diet-driven and health-crazy society today points out that the potato, being extremely rich in starch, can hardly boast any other kind of nutritional value. People today, are so caught up in the anti-carbohydrate, zero-calorie, diabetes-free-life campaign, that they fail to see the potato for what it really is – a highly nutritious vegetable, which when prepared and eaten in the right way and in the correct quantities, tends to help more often than hurt.

According to a United Nations report, the global potato production reached a high of 315 million tonnes in 2006 and today, nearly 1/3rd of the global production can be attributed to China and India-two of the world’s most populous countries. According to sources, on an average a world citizen consumes around 33kg (73 lbs) of potatoes-yearly! In fact, the average American consumes nearly 140 lbs per year while Germans eat around 200 lbs annually! Although there are some basic standard kinds of potatoes, 4,000 different varieties are cultivated worldwide. The potato was also the first vegetable to be grown in space in 1995, with the aim of feeding astronauts and future space colonies! Given the efforts required to grow so many kinds of potatoes and the production and consumption volumes worldwide, it is hard to think of the tater as a malignant, poisonous vegetable poised to kill with syphilis or obesity. And as it turns out, the potato is anything but! Here’s a list of some common potato myths that trouble people even today.

Myth 1: The potato is not a vegetable

The potato, although a tuberous root, is classified as a vegetable in the Food Guide Pyramid. However, it is also sometimes referred to as an edible root or a tuber. The potato is an important part of the total recommended daily servings of vegetables. One medium-size potato counts as one cup of starchy vegetables.

Nutritionally speaking, a potato is about 80% water and 20% solid and pretty much as stocked up on nutritional value as one might expect from any normal vegetable. A raw or baked potato with skin normally contains 100 calories, 22g carbohydrates, 3g of protein and NO fat! I bet that’s wonderful news to all the diet-stricken people out in the world who have been told that eating potatoes is suicide for a weight loss program. This is totally untrue if it is eaten in all its goodness-baked, mashed, boiled, roasted, steamed or stewed. Although a potato looks big, fleshy and downright dangerous to the Atkins devotee, it will in itself not contribute much to one’s weight gain, owing to the large water content in it. However, a potato with the additional butter or sour cream topping, served as chips/fries or baked with cheese will not only hamper weight loss, it WILL contribute to weight gain as well as cholesterol and blood sugar issues. While a simple baked potato would boast not more than 100 calories and no fat, a small packet of French fries would easily account for around 210 calories in addition to extra fat.

Although this common potato myth opines that potato chips and crisps count as vegetables in the food guide pyramid, this is totally misleading. The blatant fact of the matter is that although potatoes in their raw form are classified in the vegetable group, potato chips which contain almost 61% fat are not.

Potatoes contain complex carbohydrates, which are absolutely essential for the energy needs of the body and brain. Most of these carbs are present in the forms of starch. A portion of this starch which is resistant to digestion by enzymes in the stomach and small intestine, reach the large intestine almost intact and provides the body with its much required fiber needs.

Myth 5: Carbohydrates are the only nutrients available in a potato

A medium sized raw white potato or baked in skin, is also a powerhouse of other nutrients. It typically contains almost 35% of Vitamin C, 20% Vitamin B6, 15% Iodine and 10% each of Copper, Iron and Niacin, 8% each of Folic Acid, Phosphorous and Magnesium, 4% of Thiamin and Zinc and traces of Vitamin A. During the Alaskan Klondike gold rush in the late 1800’s, potatoes were so highly valued by miners for their Vitamin C content, that they were traded for gold. So much for busting Myth number 5!

Myth 6: All of a potato’s nutrients lie in its skin

Although most of its protein content is concentrated within its thin layer of skin, all the other nutrients are evenly distributed across the skin and body of the potato. So go ahead and enjoy the yummy goodness of the entire spud!

Myth 7: Potatoes have no anti-oxidants

Although there are no approved claims of anti-oxidants in potatoes, certain research studies in the recent years do state that potatoes have a high probability of containing anti oxidants such as but not limited to Anthocyanin and Carotenoids(apart from the established richness in Vitamin C).

Myth 8: Potatoes taste nice only when cooked according to high-fat recipes.

Try an Indian potato curry with boiled potatoes and spice. If you’re not into Asian cuisine, try topping a baked potato with salsa or low fat sour cream or even low fat cheese. Bake potatoes without cheese in tomato sauce with a hint or garlic and herbs served with steamed veggies or asparagus on the side. Alternately grill them with tarragon leaves and other herbs. The avenues are multitudinous-creativity waiting to be explored. All with the same end-result- a yummy low fat, high carb, nutrition-packed meal waiting to be devoured!

Myth 9: White potatoes are bad for you-eat sweet potatoes instead!

Wrong. A sweet potato, fried and served with cheese, would be just as bad as regular fries. The goodness of a vegetable-any vegetable- depends on the method of preparation and the quantity of consumption. Although both contain the same number of calories on average, the sweet potato has been known to contain lesser starch, more vitamin C, and almost thrice the amount of Beta Carotene in a white potato. However if sugar is a consideration, the white variety would win hands on due to the higher sugar content in a sweet potato. Therefore it would ideally be safe to say that raw white potatoes and sweet potatoes complement each other nutritionally and neither is “bad” for the body.

As long as the potatoes you consume are cooked in fat-free ways and you substitute the side servings of cheese, bacon bits, sour cream and creamy sauce with green veggies, corn and carrots, be rest assured of a good, enjoyable, healthy meal. So go ahead and enjoy your taters the way they should be enjoyed-guilt free and risk free!